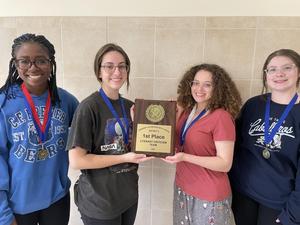 Several Brewer High School will advance to the Academic UIL Regional Competition this weekend, after placing at the District Meet.